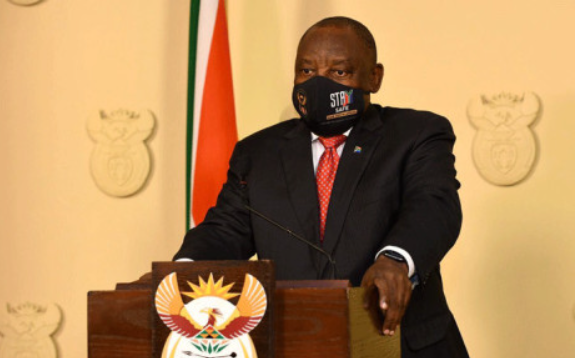 JOHANNESBURG – Amid calls for government to lift the state of disaster, the country today marks exactly two years since the government imposed the first COVID-19 lockdown.

The aim was to flatten the curve while preparing the healthcare system to deal with the rapidly rising cases.

To date, the country has recorded over 3.7 million infections, while the death toll is edging closer to the 100,000 mark.

In 2020, South Africa and President Cyril Ramaphosa were lauded for acting swiftly and decisively to slow the outbreak, but the lockdown and its restrictions has had a heavy toll.

In a late evening address to the nation, Ramaphosa announced government’s decision to lock down South Africa on 26 March 2020 in an effort to contain the spread of COVID-19.

FROM THE ARCHIVES: President Ramaphosa: South Africa in 21-day lockdown

At the time, the virus had firmly spread out of its ground zero, China, and was ripping through parts of the west and Africa.

Government imposed a 21-day lockdown that would lead to a litany of restrictions on the sale of non-essential items including alcohol, tobacco and clothing at some point, even rotisserie chicken was banned.

The use of the military to enforce these laws was also met with sharp criticism.

While black-market alcohol and cigarette sales boomed, personal protective equipment corruption also soared with many wanting to cash-in on masks and sanitiser tenders.

Seven-hundred-and-thirty days in, some residents say they’ve had enough.

“I think it is time that government lifts it; it’s been a while and the rest of the world has already opened,” one citizen said. While another said: “I think they are using it as a control mechanism because once they lift it, it’s free for all.”

Residents have been urged to have their say on a new set of health regulations to replace the state of disaster.

No comments to show.
Fatal error: Allowed memory size of 100663296 bytes exhausted (tried to allocate 32768 bytes) in /usr/www/users/motheou/wp-content/plugins/the-events-calendar/common/src/Tribe/Repository.php on line 1884